The effects of depression are wide-reaching and devastating in an individual’s life and their family dynamic.

Every day feels like a test of will—the various symptoms associated with depression creeping into every aspect of a person’s daily interactions and mood.

Certain symptoms such as loss of interest, exhaustion, irritability, hopelessness, and difficulty sleeping are some of the more recognizable challenges faced by those suffering from depression.

However, one cumulative result of depression might be surprising: cognitive decline, also known as brain aging.

As it turns out, depression might not only be wrecking your day tomorrow but also preventing you from living a fuller life in the far away future.

When it comes to depression and cognitive decline, hope is not lost. In fact, there are several influential treatment options that you can seek out today to help prevent the potential mental decline in your later years.

The Link Between Depression and Cognitive Decline 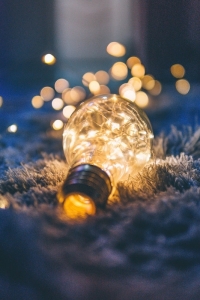 Dementia or Alzheimers are scary words that loom over many of our lives. We might know someone who has been afflicted with these diseases. The fear of heading in such a direction ourselves, or similar direction with comparable cognitive decline as dementia and Alzheimer’s, terrifies us all the same.

So, how can we better arm ourselves against cognitive decline?

The link between depression and cognitive decline has been suspected for many years. However, it wasn’t until a recent study by the University of Sussex in England that the linkage was confirmed.

The participants included people with mild depression, clinical depression, and no depression. The results revealed that those with depression demonstrated a cognitive decline more severe or earlier than those without.

Putting the Pieces Together

The remaining question that many of us have is what links depression and cognitive decline?

We find the answer in the brain. Brains afflicted with depression tend to have higher levels of the hormone cortisol released in them. These brains also appear to have a smaller hippocampus than their non-afflicted counterparts. The long-term effects of this imbalance of hormones and brain structures can lead to difficulties with logical thinking, decisions making, reasoning, memory, and overall slower speed of processing information.

Think of depression as you would a brain injury. The brain, working harder to overcome its injury, tires sooner, losing its overall agility and ability to function effectively.

Depression negatively affects the following in the brain:

Untreated, depression functions like a swelling head injury. The consequences, as demonstrated by research, can be costly.

Treating Depression and Cognitive Decline Together 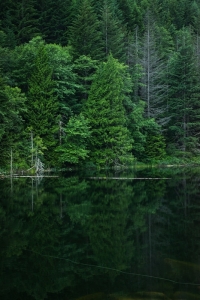 Depression in itself is a day-to-day battle. No one wants to think of the additional battle that might be looming ahead as a result of their depression. Luckily, there are many daily habits and treatment options that can help prevent cognitive decline.

Easy to employ lifestyle changes such as regular exercise, a healthy diet, and increased social interactions all have great rewards for depression as well as aging. Additionally, doing more of the things that make us happy, and having a sense of meaning and purpose in life reduce our chances of developing depression.

Certain therapies such as Cognitive Behavior Therapy are widely effective in treating depression. Of course, always consult with a professional psychologist before starting any treatment plan to find what is right for you.

Cognitive decline among older patients is increasing every year. It is essential to start investing in your future now, as you would with a retirement fund. Part of that investment is maintaining your mental health.

Untreated depression increases the risk of cognitive decline. Start today and learn about how you can treat your depression and look forward to a brighter future.